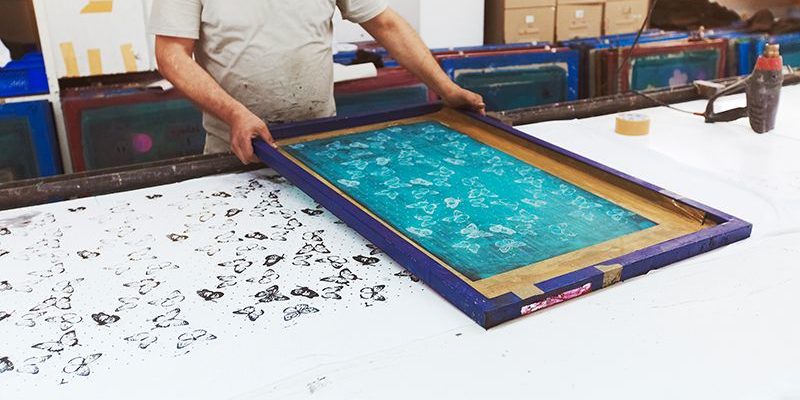 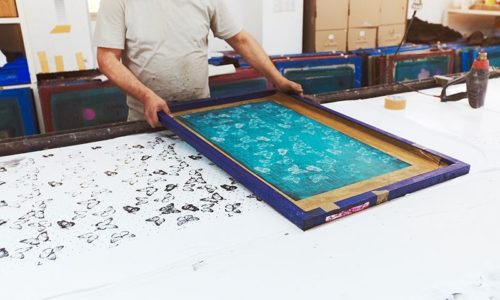 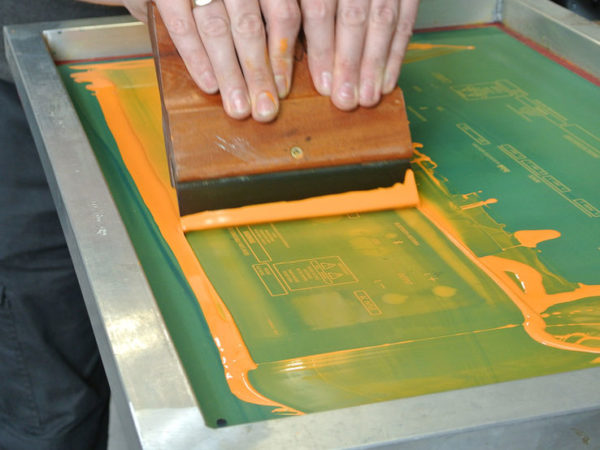 What is silk screen printing?

Silk screen printing is a popular method of printing that dates back throughout history, and is one of the oldest methods of printing designs onto material and fabric.

In the silk screen printing process, the chosen ink is pushed through a mesh (or sometimes a stencil – depending on the intricacies of the design chosen). Doing so imprints the design onto the chosen material.

The layers of colour, or the layers of design are achieved by only allowing ink to transfer onto certain parts of the material at one time. So different stencils may be used for the same design, to create the overall effect, as using these ‘cut-outs’ and different stencils means that the ink and colour is different for the various parts of the image, and colour is only transferred onto areas permitted by the stencil.

Silk screen printing has been used throughout history to make clothing, and that’s what we mainly use it for at Garment Printing – it has also been used to make pieces of art (posters and prints), home decor and  large pieces of decorative material, etc.

These are generally the items needed for screen printing:

Can you screen print onto black or dark t-shirts?

It may not appear like this would be possible – but it is! Generally, it tends to be the same process as printing onto white, but there is an added step of adding a crucial layer of white ink as the base.

Without the white ink base (or a bleached base) the dark fabric will soak up the ink,  making it look pale or not visible at all.

A history of silk screen printing

Because of how long silk screen printing has been around, the history, methods and techniques have varied throughout the centuries.

Other historians believe silk screen printing may have actually originated from 4th century India, or even back to Egypt in 3000 BC. Whatever the answer – it’s a technique that has stood the test of time, and has been part of many cultures and seen many parts of history.

The technique first came to Europe in approximately the XVIII century, and only really grew in popularity when silk shipments became more frequent and affordable to import from the east. We forget that materials on offer in the west didn’t include silk for many years – and so these printing techniques wouldn’t necessarily have been needed anyway.

The next important part of history for silk screen printing would be the invention of photography, when prints and designs could be photographed and the process could be made easier and quicker. In the turn of the 20th century there was a large increase in using the technique and as the decades moved forward we saw screen printing became mainstream because of iconic artists like Andy Warhol (who is still famous and whose work still lives on).