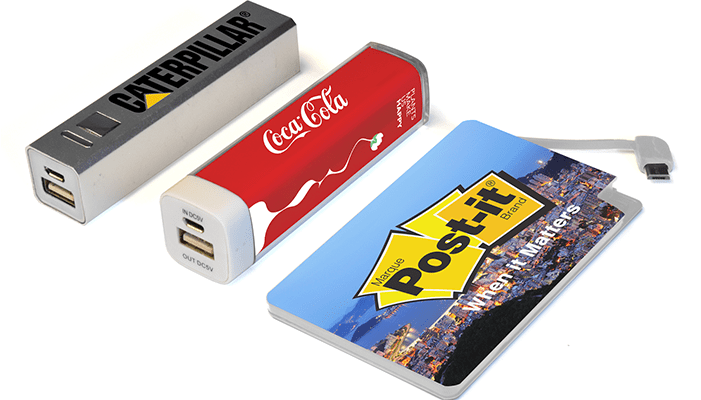 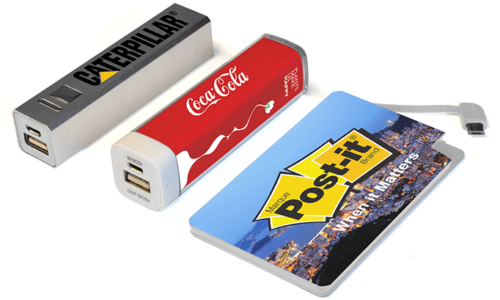 Nowadays, connectivity on the go is everything. Whether it’s checking emails while in transit, looking up facts to win an argument, playing music at a party or watching funny videos to pass a lengthy journey, the ability to use our phones and other devices while on the move is a privilege that we all but take for granted. Of course, such heavy use of the technology can deplete the batteries with astonishing speed, leading to a demand for external sources of power.

Finding an electrical socket isn’t always an option, which is why power banks have become so popular in recent years. Small, portable and surprisingly powerful, they can pack a sizable charge to replenish a device’s battery in a matter of minutes. As such an in-demand and advantageous item, the power bank is an ideal option for those businesses looking to incorporate promotional items and corporate giveaways into their marketing strategy.

If you haven’t already considered such an avenue for your company, it’s high time you did. For expanding brand exposure and enhancing client outreach, it’s unparalleled in its effectiveness. Studies have shown that 89% of consumers can remember the name of the advertiser printed on a promotional items they received in the last two years, demonstrating that the technique really is effective in getting your name out there – and making sure it’s heard.

At the same time, the success of a promotional giveaway scheme is tied intrinsically to the usefulness of the products involved. Another piece of research found that 82% of those surveyed said that the practicality of the promotional item was the biggest factor in determining whether they would keep it or throw it away, with healthcare items, office stationery and technological gadgets ranking top of the list. Ticking two of those three boxes, branded power banks are the perfect way to satisfy a need, enhance your company’s reputation and increase brand exposure all in one fell swoop.

Promotional power banks lend themselves particularly well to corporate events, since they are often densely-populated affairs, filled with attendees who have come with the express purpose of discovering new brands. What’s more, the sheer size and scale of networking that is conducted at trade shows and business conferences means that battery bars are usually at a premium, so event-goers are likely to be highly appreciative of any enterprising company which has the wherewithal to supply them with a power bank. Slap a stylised design on the side of the device and bingo! You’ve got yourself a custom power bank that’s sure to make your company the toast of the town, both at the event itself and in future low-battery predicaments.

At Garment Printing, we have a range of power banks available to meet your promotional needs, coming in a variety of sizes, strengths and price points. In this manner, we’re sure to have the right option to meet the exact requirements of the customer or prospective client demographics, meaning there’s a product for every situation and circumstance. Our power banks also come in a range of colours, fully matchable to your brand’s guidelines, and the sophisticated equipment we use to manufacture our products mean that we can incorporate any design, no matter how intricate.

We take pride in our work and prioritise customer satisfaction above all else. Throughout the process, we’ll work tirelessly alongside you to ensure that we fully understand your needs and wants, providing insight or advice when appropriate. Then we’ll employ state-of-the-art technology and impeccable industriousness to make sure that we go above and beyond your expectations, delivering a product that you’ll be truly enthusiastic about giving away to your loyal customers and prospective clients alike.