The faltering printed fashion retailer, American Apparel, has agreed to a buy out from Gildan Activewear following their second declaration of bankruptcy. American Apparel originally started out as a wholesale clothing manufacturer operating out of South Carolina before switching their operations to Los Angeles. Selling blank T-Shirts to screen printing companies, uniform companies and fashion brands, the company quickly began to thrive and expand into different areas, eventually running 273 stores in 2010. However, the trials and tribulations of American Apparel have all been well documented; the company has been unable to profit since 2009 and their founder, Dev Charney, was ousted in 2014 on charges of misconduct, the breaking point after a chequered past involved numerous allegations of sexual harassment and lewd behaviour. So what has been behind the rise and demise of American Apparel?

American Apparel could be described as having positioned itself at the forefront of the hipster revolution. The clothing manufacturer tapped into an insurgent collective decision to renounce and boycott unethical brands like Nike or Adidas, both of which were widely reported as making use of sweatshops. Instead, AA had very firm tenets among which consisted a desire to preserve domestic manufacturing in a countervailing strategy against the growing inclination of businesses to source manufacturing to cheap labour in developing countries. They would also emulate the alternative fashion and music taste of the counter-culture and mass marketing it to the impressionable age demographic of the 18-25’s, as well as being committed to paying their workers a decent wage. Thanks to their vertically integrated business model, meaning that they maintain control over design, distribution and manufacturing, they were able to record much higher profit margins.

However, the road was fraught with difficulty. The company experienced a whirlwind of havoc in the upper echelons as indecent allegations swirled around the former and founding CEO Don Charney before he was ignominiously removed from power. Although there has been much debate about whether CEOs are deserving of their exorbitant salaries, with some reports suggesting that the very elite earn up to 300 times more than they typical employee, it is undeniable that turmoil in management can trickle down and affect the fortunes of the business. In the case of American Apparel, the replacement of Don Charney led to a complete shakeup of the organisation, and even suggestions that the new CEO, Paula Schneider, would stray from one of American Apparel’s core tenets of manufacturing and production being home-based in Los Angeles.

Secondly, the brand was renowned for its risqué and hyper-sexualised advertisements and marketing strategy. In the early days, this may have counted in its favour by differentiating it from more unadventurous competition. But in the light of the scandals surrounding Charney, prospective customers may have perceived these as having a slightly darker and more nefarious undertone. Not to mention the burgeoning feminist movement which has led to a politically correct society in which any purported objectification of women is latched upon and railed against. Almost perpetually being mired in legal fees and ill-conceived expansion has led to a debt which has only exacerbated their problems.

The final nail in the coffin:

The final nail in the coffin for American Apparel was simply the decline in popularity of their clothing. They had made a name for themselves by offering edgy, alternative fashion but when this ceased to be avant-garde and become more mainstream, demand for their clothing dropped like an anchor. This was precipitated by the rise of low-budget, fashion outlets such as H&M, Uniqlo and GAP who all outsource their production to countries with cheap labour like Bangladesh and India. These brands all had much the same clothing offerings but at a fraction of the price of American Apparel. This trying set of circumstances proved to be crippling to them and consequently, they have seen their profits decrease on a year by year basis.

So, what’s next for American Apparel?

According to Bloomberg Markets, the fashion retailer has now agreed to a $66 million purchase by Gildan Activewear. Given that this is still subject to an auction in which another entity could intervene and outbid Gildan, the deal is not an absolute certainty but appears to be the most likely course of action. The business would then be integrated into Gildan’s business and wholesale operations, with the retail outlets remaining untouched and in the hands of American Apparel. Chief restructuring officer, Mark Weinsten, released a statement in a court filing claiming that:

Here’s hoping for a fruitful partnership between Gildan and American Apparel. 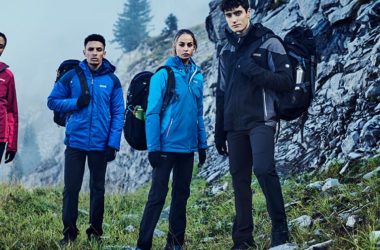 Branded Waterproof Clothes to get you through Winter 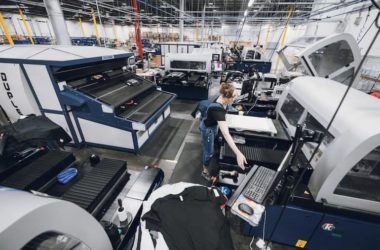 How to Know which Printing Technique is Right for You 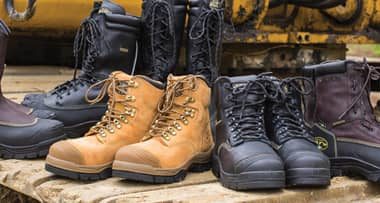 Types of toe protection at work