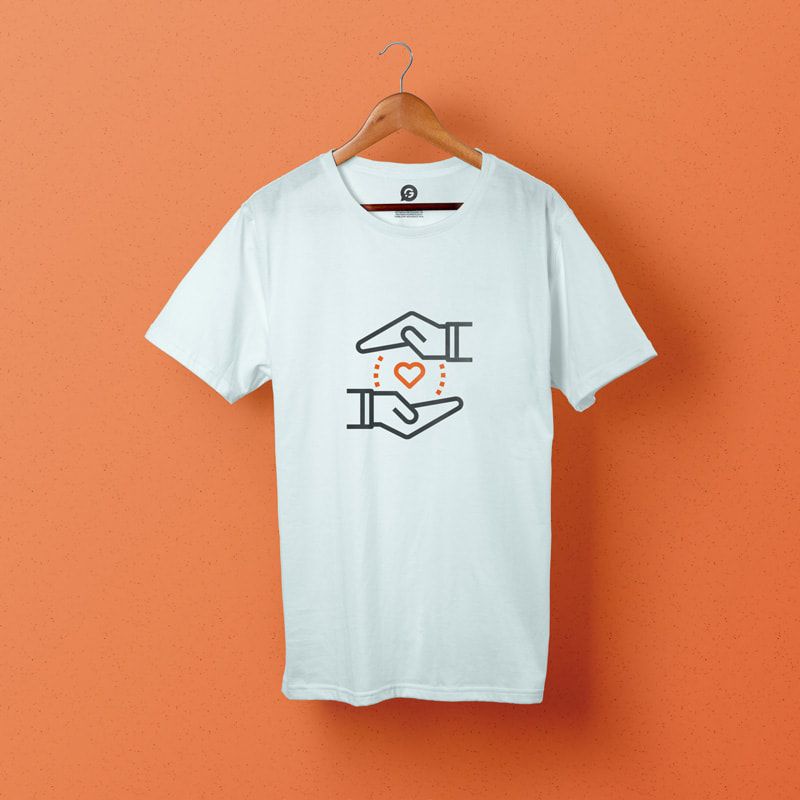 It’s fast-approaching that time of year again where the car needs de-icing, the days are getting shorter and more and more men sporting moustaches are being spotted. That’s right, we’re officially nearly in Movember season. A time of year that’s great for those who not only have the ability to grow a moustache but also kind of like them. Don’t fit into either of those categories? Fear not, you can still show your support for this excellent charity by sporting a moustache-tic printed charity T-Shirt.

Where did it all begin?

There’s something about sharing a pint with a friend that makes that business venture you once thought of suddenly appear as if it could make you the next Bill Gates. Sadly, the reality is that this probably isn’t going to happen often accompanies the hangover. For two friends in Melbourne however, this was not the case. Over a quiet pint in Melbourne, Australia in 2003 Movember was born; the idea of getting friends, family and colleagues to sponsor a mo-bro to grow a moustache for the month of November. Despite only 30 guys taking part in the first year, Movember has grown into an internationally recognised event. Raising over £402 million and funding more than 1000 projects related to prostate cancer, testicular cancer and mental health. Essentially, Movember has become one of the most successful charity movements in history.

How can you get involved?

Let’s face it, despite this being for an awesome cause, the Handlebar, the Charlie Chaplin and the Horseshoe just aren’t for all of us. Whether you’re a woman, too young or simply afraid of having hair on your face, don’t fear, there are other ways to support this charity. With this in mind, the charity launched a more inclusive month focused campaign; the move for Movember challenge. Whether it’s taking up a new physical activity, running a marathon or simply agreeing to exercise everyday for 30 days, this is a great way for more people to get involved.

A great way to combine this with making awareness for the charity is to combine it with, to put it simply, moustaches. Whilst fake moustaches are fun for the first 60 seconds, the itching and annoyance soon come and amusement soon wears off. So what a better way to simultaneously show your support for this charity and enjoy the moustache fun than to wear a moustache themed T-Shirt.

Like politics, Marmite or your peri-o-meter preference at Nando’s, your preferred moustache style is very much a personal preference. With many celebrity connotations, moustaches don’t show your preference in facial hair but also a preference in a famous figure. Whilst a Salvador Dali moustache may be the perfect way to show your friends that you are very much an inner surrealist, a Che Guevara rugged moustache may be a way to show your revolutionary spirit. Don’t know which moustache is the one for you? Look no further, because lucky for you, I’ve compiled a list of the top moustache T-Shirt designs out there.

Those simple five words “I want to break free” are surprisingly difficult to read without breaking into song and channelling your inner rock-star. Freddie Mercury and his chevron style moustache go hand-in-hand, an easily recognisable style that has come to symbolise the late lead singer of rock band Queen. Proving its immortalised legendary status, in 2009 the Freddie Mercury moustache won first place in Britain’s favourite moustache competition.

The famous dorm room poster of Einstein that makes physics fanatics feel hip and others feel smart wouldn’t be the same without the legendary moustache. Einstein made the moustache cool before it was cool, making the wild and busy facial hair become a symbol of the absent-minded professor. Its trademark status lives on, with a cat dubbed Einstein who sported fluffy white facial hair becoming a viral sensation earlier this year.

The eccentric yet elegant moustache of Salvador Dali has become trademark of not only Dali himself but of the surrealist art movement as a whole. It’s impossible to ignore just how impressive this moustache is and I’m sure all of us have questioned just how, HOW, did it stay so perfect? A moustache so legendary that the annual World Beard and Moustache Championships in Austria now have its own award name after it. Now, who wouldn’t want a trophy stating that they were the Salvador Dali moustache champion?

Whatchya gonna do when Hulkamania runs wild on you brother! Of course, no list would be complete without Hulk Hogan’s legendary horseshoe moustache. This WWE wrestler that became a household name in the 80’s and 90’s would simply would simply not be Hulk Hogan without this moustache. A popular figure for fancy dress costumes, this moustache is definitely one of the most recognisable.

The famous image of Che Guevara that has been used for everything from pin badges to bags has always been a great way to show the public your revolutionary, rebellious spirit. A neatly styled pretty boy moustache was never going to conjure up images of revolution. Instead the scruffy, scraggly beard and moustache combo were inevitably going to become to facial hair of rebellion.

It’s me, Mario! Cue the Super Mario theme tune that will inevitably get stuck in your head. Everyone’s favourite Italian, princess-saving plumber just wouldn’t be the same without that bushy moustache. For avid Super Mario fans, this moustache has been of much interest, with Shigeru Miyamoto, the creator, previously being asked various moustache-related questions in interviews. For example, did you know that the moustache was originally only included as it was easier to see in 8-bit graphics than a mouth?

Frida Kahlo’s slight moustache has been dubbed the moustache of emancipation. It has been said that Frida used special beauty tools to make this moustache darker. Going against beauty norms, this female facial hair lives on as both a fashion icon and a rejection of female oppression. In an interview in 2013, Madonna revealed how Frida Kahlo was an important figure for her. She described how the image of moustache-clad Frida have her the inspiration to continue, viewing her as a strong woman who didn’t care what people thought.

When you think about the silent movie star, Charlie Chaplin, his toothbrush moustache will almost definitely come to mind. Conjuring up an image of Chaplin without his famous moustache is more difficult that it sounds. Seriously, try it. Charlie Chaplin explained his reasoning for this particular style moustache in an interview in 1933, citing it was good for comical value whilst also being small enough to show facial expression.