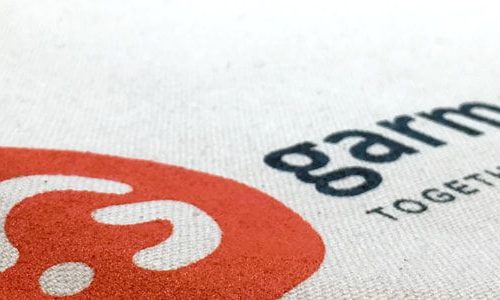 Walk down the streets of Berlin, London or Barcelona and there is one style of bag that is almost certain that you will see; the printed canvas tote bag. In recent years, the expensive Louis Vuitton bags have been replaced in the scale of cool by the simple canvas totes. That’s right, luckily for us, it’s no longer hip to sport a bag displaying your wealth but rather hipness comes from sporting a bag that shows your care-free nature and environmental ethics.

The recent rise in popularity of the tote bag can be traced back to the rise of the hipster. When you think about it, the link was probably inevitable. Leather bags suck at showing your individuality, whereas it’s easy to print text such as “beards, books and blogging” or a picture of Friedrich Nietzsche on a tote bag.

One of the more surprising trends in the tote revolution is the role this has had in promoting businesses. Tote bags have become one of the most important giveaway goods for companies, becoming some of the most popular and wearable merchandise in the process. This trend is not all so groundbreaking. Remember the trend of school kids wearing those plastic JD sports rucksacks? Or the P.E kits in the plastic Jane Morgan bags? It was impossible to miss in any British secondary school; the distinguishing feature of what kid was in the cool cliqué. Today, this has been replaced by the canvas bag. One of the most bizarre fashion trends of recent years occurred in America, in that oh so fashionable store, Home Depot. In 2013, Instagram, Tumblr and New York City hipster parties became full of people posing with their orange Home Depot tote bag. The bag become a fashion sensation, quickly selling out and reportedly being sold for over $40 on eBay.

Of course, this was a great form of advertising for Home Depot. A home improvements store trending on social media and being associated with the cool kids of America is something many would not foresee but many would dream about. However, thanks to the tote bag this became a reality. This shows the power of companies creating and giving away personalised tote bags. They are almost certainly going to be used by people meaning a company gets free advertising in public and on social media. If this isn’t enough to convince businesses to go the tote way, here we present the top 8 reasons why tote bags are tote-ally awesome.

The material and design of tote bags mean generally, they are cheap to produce. For example, here at Garment Printing, you can buy a tote bag for as little as 75p. This means tote bags act as a perfect investment. Through advertising, they can offer huge returns, all for a very little price.

The large space on the tote bag means they are easily customisable. Essentially, tote bags are a product that allows pretty much anything to be printed on them. Seriously, take a look online and you will find the surreal text and images some people have included on their tote bag. For companies, these types of bags provide an excellent base for putting essentially, whatever you want on them. The large blank space means these bags are excellent for printing logos or text on them.

Do you remember that Friends episode where Joey got a “man bag”? It cost him his audition and caused ridicule. Fear not Joey, just over a decade later and finally, that bag is now socially accepted. Look on any of the most popular male fashion clothing sites and you’ll see tote bags as a popular item. Tote bags have bridged the gap of shoulder bags often being viewed solely for women and included the other half of the population as well. This fashion trend doesn’t seem to be halting, with sales of men’s tote bags increasing by 11% in the last year.

The plastic bag cupboard or drawer that nearly every household has is quick depleting. Not only does this free up more kitchen space but it is all because of a very good reason. The 5p charge on plastic bags in the UK has successfully decreased the amount of plastic bags handed out by shops, a staggering 6 billion fewer bags were handed out in the first 6 months since the charge was introduced. This is great news for the environment, we all know the horrors of plastic. Tote bags provide a brilliant alternative to this. Not only do they boast reusability, the fact they are made out of natural materials means that they are also 100% recyclable.

They offer advertising, anywhere and anytime:

Wherever you go, tote bags can be found. Talk a walk around a university or school, there will be tote bags. Take a trip to a local supermarket or home improvement store, there will be tote bags. Even a trip to the dentist, there will be a tote bag. The great thing about this style of bag is it can be used pretty much anywhere. The size means, generally a lot of items can be carried in them meaning there are a few events where people think that tote bags won’t be suitable. This is great for company’s who produce customised tote bags. They essentially get free advertisement pretty much anywhere at any time of day.

Summer has long gone and winter is officially here. Those care-free short sleeve T-Shirt days have been replaced with the vest, T-Shirt, jumper, jacket and coat combo. Sadly, this means the branded T-Shirts that you used in your summer marketing campaigns are no longer visible in the public eye. Luckily, this is not a fate that the tote bag suffers from. Be it summer, winter, or whatever weather, the tote bag is always visible. It’s always worn on the outside no matter how many layers a person wears and is versatile for any time of year. This is great for advertising, meaning the logo or text will constantly be displayed.

Let’s face it. Ultimately, tote bags look cool. There’s a reason why they’re so popular. They look good with pretty much any outfit, style or cliqué. They’re a versatile accessory that is not declining in popularity. They’re a great giveaway item because they are actually used. Let’s face it, giving away those free sun hats doesn’t result in much public use. The tote bag, however, does. People love them and so do we. We’re happy to say the tote bag revolution is here to stay.