The top 10 most iconic printed T Shirts of all time 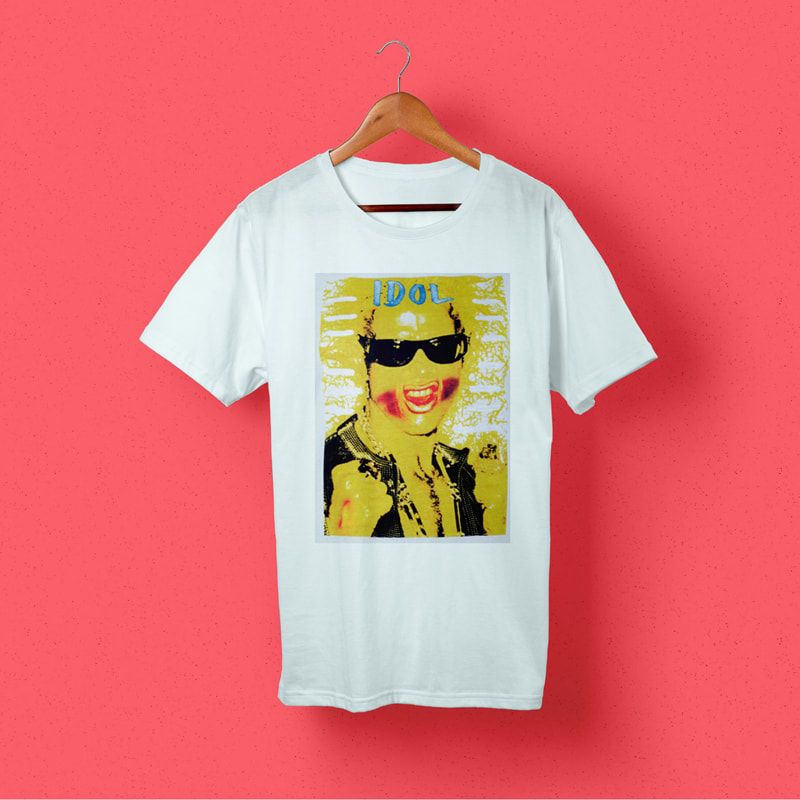 T Shirts have been around for over 100 years and during that time, many great T-Shirt designs have both come and gone. Some of the most iconic logos and statements have been printed onto T Shirts for fans to wear with pride and show off their favourite designs, bands, films and more to everyone that they meet.

We’ve talked previously about how to design your own T-Shirt and, to help provide more inspiration, I’ve rounded up the top 10 most iconic T Shirts of all time to give you an idea of what it takes to create the perfect printed T-Shirt. So, without any further delay – let’s take a look!

The inspiration and the creation of the 3-word slogan led to a host of ‘Just Do It’ T Shirts being released all with different patterns and colours. This trend hasn’t gone away either and Nike is still producing the popular T Shirts today.

Bob Marley remains a symbol and an icon to many people around the world. He was responsible for bringing Rastafarianism and reggae music to the mainstream and believed that he could cure anger and racism through music. His T Shirts have gone on to sell 25 million copies worldwide and he is still regarded as one of the greatest artists to this day.

Bob Marley T Shirts, whether it’s an iconic picture of Bob or whether it’s one of his slogans, continue to sell and his messages of love and peace are more relevant now than ever.

‘Choose Life’ was made popular when Wham! wore the slogan T-Shirt in their ‘Wake Me Up Before You Go-Go’ video. The design was one of the first T Shirts which ventured into social messaging on T Shirts and it was created by Katharine Hamnett as a way of fighting back against drug abuse.

Since the ‘Choose Life’ T-Shirt, we’ve seen many social issues raised in the form of printed T-Shirt as a way of promoting a cause or a charity.

Jack Daniel’s is known for his famous Tennessee Whiskey but the logo became even more famous when they began printing T Shirts to support the brand. Jack Daniel’s T Shirts have been worn for a while now and there are no signs of it slowing down. What’s more, more and more brands are starting to release their own printed merchandise as a way of helping to generate extra revenue and promoting their brand further.

Frankie Goes to Hollywood released their ‘Relax’ single in October 1983 and it quickly rose to number 6 in the charts. In 1984, a Radio 1 DJ was outraged by the overtly sexual nature of both the record sleeve and the printed lyrics and decided to remove the disc from the turntable live on air and branded it obscene.

This prompted the song to rise to number 1 in the charts – where it remained for 8 weeks – and the T-Shirt was created in opposition to the song being banned from the air. This helped to turn the T-Shirt into one of the most popular selling T Shirts of all time and it remains a big seller to this day.

5. WHO YOU GONNA CALL? GHOSTBUSTERS T-SHIRT:

The Ghostbusters logo is one of the most universally recognisable logos in the world. Following on from cartoons, TV series and 3 Ghostbusters movies, the franchise has become so popular that their T Shirts are still enjoying incredible sales today. These T-Shirt sales grow each time there is a new movie which is created and due to nostalgic fans who remember watching Ghostbusters through their childhood.

Similar to Ghostbusters, ThunderCats began as an animated television series which debuted back in 1985. It follows the adventures of a group of cat-like humanoid aliens. There was also several comic book series which was produced and since then the ThunderCats logo has become another of the world’s most recognisable logos and has featured on many items of clothing.

In recent years, both the DVD boxset and ThunderCats T Shirts have seen a resurgence as nostalgia for the former children’s favourite has grown.

Nirvana was an American rock band which was formed back in 1987 and went on to become regarded as one of the most influential and important rock bands of the modern era. Their albums have sold over 75 million copies worldwide which also makes them one of the best-selling bands of all time.

For their merchandise, the band took the historic “Have a Nice Day” smiley face, which was seen on bumper stickers and T Shirts, and grungeified the logo to fit in with their band style.

Their popularity, the success of their Nevermind album and the untimely death of frontman Kurt Cobain made their T-Shirt one of the most popular selling garments of all time and it’s still being worn today.

The Ramones are Rock and Roll hall of famers and helped in the creation of punk rock. Their influence on music has been incredibly and this helped their logo become one of the most recognised and reused logos of all time.

Following their success, their logo has been used many times for different advertising campaigns with the lettering and the symbol in the middle being changed. The Ramones T Shirts still prove to be popular today and their logos continue to be used as the source of inspiration for various other artists, T Shirts and T-Shirt brands out there.

The Rolling Stones Lips logo was created by an art student, John Pasche, in 1970 after the band became frustrated with the efforts to create a logo by the record label. The original drawing was commissioned for only £50 but the band was so happy with the final design that they paid John a further £200 as a bonus.

In an interview, Pasche revealed that he got inspiration for the logo the first time he met Mick Jagger. “I suppose the mouth idea came when from I met Mick Jagger for the first time in the Stones’ offices.” John explained, “Face to face with him, the first thing you were aware of was the size of his lips and his mouth.”