From humble beginnings, Canterbury of New Zealand – more commonly known as just Canterbury – have grown to become one of the largest manufacturers of rugby apparel in the world. The company was founded in 1904 by three Englishmen who had migrated to New Zealand and began making robust woollen clothing in a small town on the South Island. Enamoured by their new home, they named their company after the region in which they had settled, chose three kiwis as their logo and never looked back. 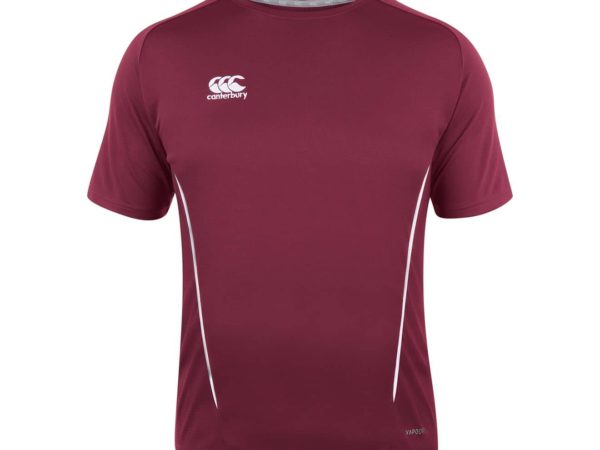 Getting to know Cantebury

After only a decade of trading, Canterbury were called on to help support their adopted homeland by clothing the troops fighting in the First World War. Like the landscape of the surrounding country, the uniforms they made were tough and rugged, able to withstand the rigours of trench warfare, and their small part in helping the war effort cemented their reputation as a Kiwi institution producing top-quality gear. After transitioning into creating sportswear – with a particular focus on the national pastime of New Zealand – it was only a matter of time before the All Blacks came calling. As well as creating the kits for their own national team, Canterbury are also the official sponsor of England, Ireland, Japan and the USA on the international stage, as well as Leinster, Cardiff Blues and NZ Warriors on the domestic scene, among others.

This identification with high-profile clients marks Canterbury out as the premier name in rugby clothing, and they’ve consistently backed up that reputation by coming up with new and inventive innovations that enhance the performance of the athletes who wear their gear. For example, they came up with the loop neck collar in 1949 to allow opponents less available material to grab onto (despite the move being illegal) and increasing the longevity of the garment. In 1974, they added another string to their bow with the invention of the rubber button, designed to withstand popping off during the rough and tumble of a high tempo rugby game. Meanwhile, they pioneered the base layer in 2004, regulating body temperature as per external conditions to aid performance and speed up recovery times, all of which innovations have since become standard features of rugby kit.

It’s vision like this that marks Canterbury out from their competitors, but they’ve always stayed true to their original values of hard work and reliability, as well. For that reason, you know when you order a customised Canterbury piece of clothing from Garment Printing, you can rest assured you’ll be getting a top-quality product that’s the perfect marriage of precision performance and long-lasting life. Having built up a reliable reputation for well over a century, Canterbury are one of the most trusted and respected brands on the market.

While the company does specialise in rugby kit, they also offer a range of casual sportswear bearing their famous three kiwis’ hallmark. From jerseys and jumpers to joggers and jackets, their extensive catalogue features pretty much everything you could ever think of when it comes to training, playing or even just watching your favourite sport. You can also bet your bottom dollar that Canterbury have considered the garment from all angles to ensure that you receive a product that’s specifically engineered to create the ideal conditions for you to succeed.

While the company originated in New Zealand, its global headquarters are based in Stockport in the UK. In 2009, the European arm of the business was purchased by JD Sports, before being sold on again in 2012 to the Pentland Group for a sum of £22.7 million. Under that umbrella, Canterbury are committed to social corporate responsibility, focusing on the products they manufacture, the sustainability of the materials which go into making them and the positive change that their presence makes among the communities in which they operate.

For example, Canterbury partnered with England Rugby in 2018 on its All Schools programme, inviting youngsters to get into the sport. Children from 65 schools across the country participated, learning more about the manufacture of the national side’s strip and even getting the chance to design their own bespoke uniform for their school. Canterbury then put those designs into production, creating unique strips for all involved in the initiative, with the winning designs unveiled at the Six Nations in March 2019.

It’s little stories like these which demonstrate what a conscientious brand Canterbury are never content to rest on their laurels or on the remarkable reputation they’ve built up over the last 115 years. That’s why we at Garment Printing are proud to work alongside them and offer their stunning range of performance-enhancing attire to our customers.