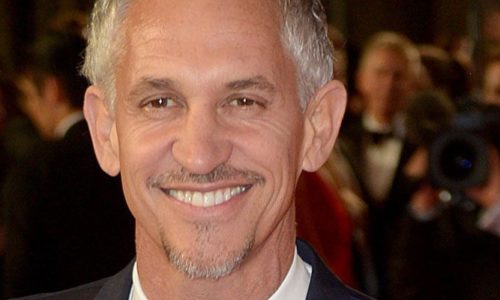 Whether you’re in complete and utter agreement with Gary Lineker’s comments, or whether you felt that he caused unnecessary controversy up and down the country, the one thing that no one can argue with is the fact that this shows that footballer’s opinions are incredibly valuable when it comes to matters both on and off the pitch.

If you’re of a certain age and you can remember Gary Lineker play – you’ll struggle to remember a time when Lineker has done anything controversial during his entire playing career. I would also go as far as to suggest that Gary may actually be the least controversial player of all time.

I mean, let’s face it, he didn’t even say anything controversial to a referee during his illustrious 16-years in the beautiful game – and that’s including during his brief stint in Japan. In fact, Gary Lineker has done his bit for charity as well, as you can see from the custom sports kits we created for Red for Give Blood which we created to encourage more people to give blood and help to save lives.

Last week, however, Lineker did manage to cause controversy with a tweet which he posted from his personal Twitter account. A tweet that somehow managed to work its way into the national press and also, somehow, led to calls for the BBC to remove him from his position as presenter of Match of the Day – something which the BBC quickly refused to do.

“The treatment by some towards these young refugees is hideously racist and utterly heartless. What’s happening to our country?”

Now, I don’t want to get involved in this debate and I won’t mention which side of the fence either I or Garment Printing lie on when it comes to this comment. Some people have seen Gary become a shining light in bleak times and others believe that his use of the word “racist” was completely out of line and he should hold himself to a better account due to his position of fame and influence.

One thing that this does show, however, is that professional footballers have a huge voice when it comes to talking to the general public. It also shows that social media is an excellent channel to get your voice across when it comes to subjects that clearly matter to you – something that Mr Lineker has done and continues to do.

How does it show this?

Well, that’s simple. All you need to do is take a look at Friday’s front page of the Sun newspaper. You can also take a look at the number of people who have liked, shared and also commented (whether it’s messages of support or otherwise) on his tweet and subsequent tweets that he’s posted in relation to the comments that he has since received.

At the current count, the original tweet has been retweeted 14,000 times and it currently has 29,000 likes. While the follow-up tweets haven’t received as much attention as this, just by looking at his Twitter feed it’s easy to see that someone who is regarded as an English footballing icon and national treasure can cause a storm with it comes to his own opinions and voicing them.

One message that seems to get posted around a lot though is that Gary should stick to football as this is what he has done his entire life. Sure, he’s currently a TV presenter, but he’s a TV presenter on the hugely popular Match of the Day – a football related programme – but Lineker feels that he can use his social media accounts to express his own views on a variety of social, political and, of course, football related issues – and why shouldn’t he?

If Gary was the manager of the England national team, or if he was chairman of the Football Association then it might be a totally different story. It’s hard to contemplate the current England manager getting involved in political or social issues no matter what his personal preferences are. After all, he might not want to get involved and he might not be allowed to either – but the real question here should be why not?

One thing that no one can deny is that Lineker has certainly broadened this debate. He has broadened the demographic of people currently talking about it as well because he is a famous figure who is active on social media and, most importantly, he has his own opinions.

Earlier this month, Greg Clarke, the current chairman of the FA, told members of parliament that he was ashamed of the homophobia in football and he also went as far as to admit that the governing body must begin to do more in order to tackle the issue (no pun intended).

These comments came when Clarke was visiting Westminster to discuss corruption allegations that were reported by the Daily Telegraph last month but he was approached about whether there were any gay players currently plying their trade within the Premier League. Clarke’s response was that he “would be amazed if we don’t have any gay players in the Premier League”, he also admitted that he was “ashamed players don’t have the confidence to come out”.

This is the kind of state that you would hope would encourage more of a public debate which included players from England’s top flight as it would allow this important subject to be brought to centre stage and it could go along way in helping to end homophobia in the game once and for all. Unfortunately, it didn’t happen and it doesn’t look like it’s going to happen in the near future either and this could be for a number of different reasons.

One reason could be that players may not have an opinion on the subject, or it could be that, especially after seeing the level of abuse that was directed towards Lineker, they may wish for their opinions to remain private for fear of a public backlash.

Another possible reason is that clubs and footballing authorities may wish for their players to remain neutral and to not express their opinions on hotly debated topics which could cause controversy and find its way back to their parent clubs.

One thing is for certain though, Gary Lineker has certainly shown that words of footballers can and do matter and that they are held in high regards when it comes to their opinions as they are heroes to many of us throughout the world.

Also, after Greg Clarke suggested that a gay Premier League player may be subjected to “significant” abuse, maybe it’s time for more professionals, including footballers, felt that they could express their personal beliefs and feelings as their words could matter a lot to many of us and could bring important discussions to the front and encourage a serious, public debate.